The Best Fish Finder – For Any Budget 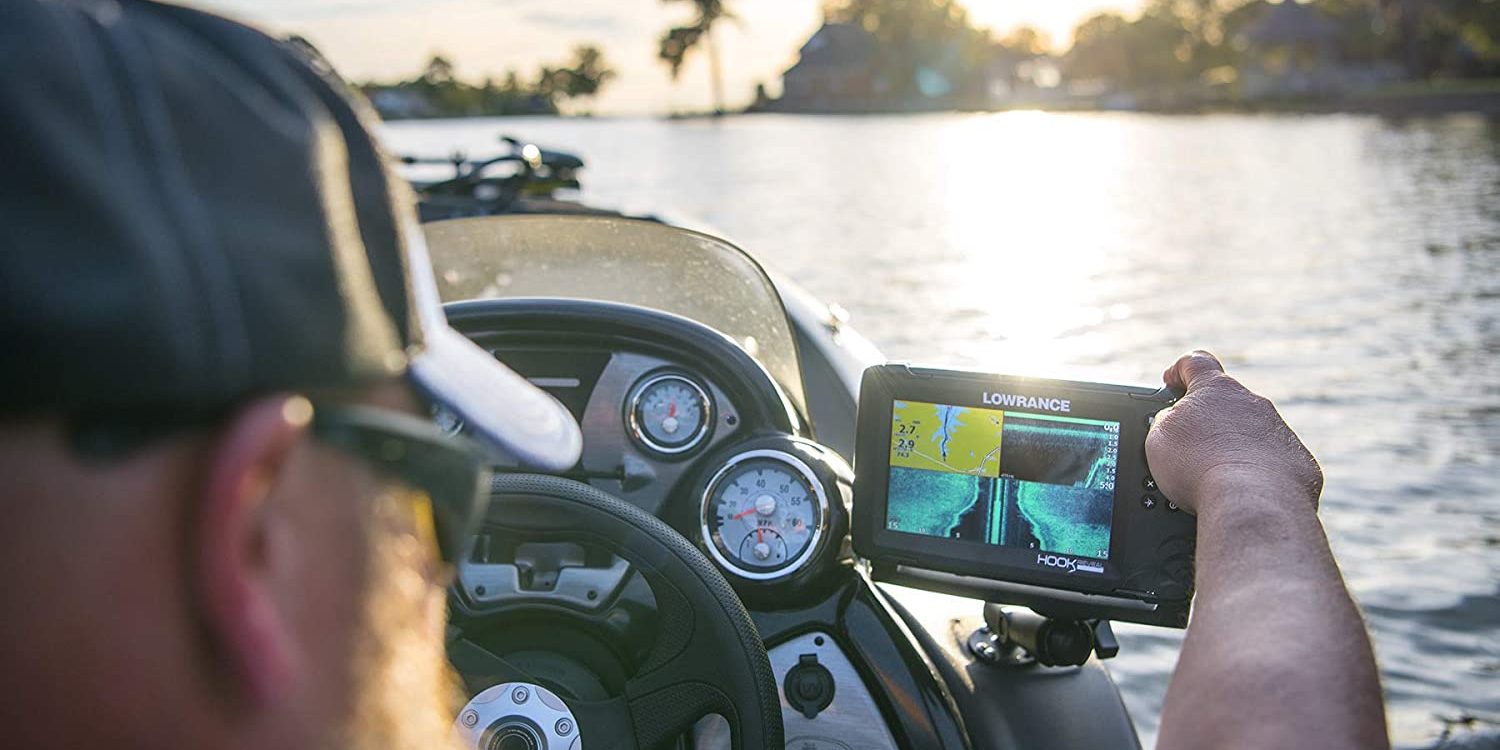 Fish finders have become extremely advanced in recent years. They allow anglers to find fish and observe underwater environments easier than ever before. Decades ago, fishfinder units were simple, using a spinning light to show depth and fish readings by sonar. Some even scratched out the image on a scrolling piece of paper, like a polygraph. Uncovering the truth of what lay below the boat hull. Read on to find the best fish finder for any budget.

Fish Finders – You Get What You Pay For

When you decide to select a sonar unit based on price alone, you will be sacrificing features the cheaper you go.

Fishfinders that are 1000 dollars or above will have most features that the average recreational angler could ever want. And possibly more like real-time weather and advanced chartplotting features that are typical on commercial fishing vessels.

In the 1000-500 dollar range you will still get many great features in a sonar unit that could include side imaging and down imaging that surpasses basic sonar displays, and in many cases the features lost at this range are as simple as a smaller screen size.

Once you get below 500 dollars you will start lacking features like side imaging or networking capabilities with some brands and models, and it might be as simple as a GPS option and down imaging or the equivalent of down imaging, depending on the brand.

Humminbird is one of the top sonar/GPS fishfinder producers on the market today for recreational anglers.

The Helix series is the bread and butter line from Humminbird. It has some exceptional capabilities when it comes to sonar, including the MEGA side imaging as well as high definition down imaging.

Along with the GPS and Lakemaster capabilities, the helix 7 CHIRP G3N also features the Coastmaster cards as well for you saltwater anglers out there.

The G3N variant also has networking capabilities. The model is also bluetooth compatible with your smartphone Humminbird app.

The striker is the entry to mid-level unit featured by Garmin, a company that over recent years has made some serious strides in the fish finder market.

The Striker Vivid 7cv has a 7-inch screen, giving ease of viewing from one end of the boat to the other, along with great sonar readings and GPS.

The Striker Vivid 7cv also features the quickdraw charting software so you can chart out the lake yourself if there aren’t any maps for it on the original or aftermarket chips, allowing you to learn a lake in detail and find every potential fish-holding nook and cranny.

The Humminbird PiranhaMAX comes in two variants and allows you to swap out as needed, with a boat-mounted version and an ice fishing version. Its compact design also makes it great for kayak anglers.

For a little unit under $100, it packs some pretty great features like down imaging as well as dual-beam sonar, and for a small package suited to kayaks and ice fishing, what more could you ask for.

The PiranhaMAX is also incredibly user-friendly, making it easy for busy anglers to change or adjust settings on the fly.

When getting a fishfinder for your pontoon, there are a few things you might want to consider when deciding what to purchase. Some pontoon owners might not need anything expensive and high-tech and simply want a basic sonar to find fish when pursuing easy-to-catch panfish for the family.

Other pontoon owners might want something more towards the top end to find fish in deeper water or on a mid-lake structure like when fishing for walleye for example.

Pontoons are big and long; with this in mind, a larger screen will be important for you to see the graph from all areas in the boat if you’re running a single sonar unit, which brings us to our next consideration.

When it comes to mounting the transducer for a sonar unit on a pontoon, most people mount it to the rear mounting bracket attached to the metal pontoon next to the motor.

This means there could be, depending on your boat size 20 feet or more of distance if you’re fishing on the front of the pontoon, what the sonar is reading showing structure, but where your fishing could be off the structure.

With these considerations in mind, it might be best to run two sonar units if you can afford it; this would provide for the best and user-friendly setup for a pontoon.

The Hook Reveal is an excellent option that is made by the well-known brand Lowrance.

Even though it is considered an entry-level unit, it’s still packed with features. With the Triple Shot model, you get conventional sonar, structure down scan, and side imaging, all in one package.

The split shot models have conventional sonar and down scan but lack the side imaging sonar feature. This model also has Lowrance’s FishReveal technology, which applies the colored fish arches to the down scan images. This gives the unit a serious head-up on its competitors, especially at this price range.

The FishReveal technology helps angers identify fish signatures on sonar easier when compared to down scan, which will give a more subtle image on signal returns that new users could miss.

Kayak fishing has become incredibly popular over the last decade, with kayaks being developed with incredibly feature and built solely with the angler in mind.

ECHOMAP units range from mid-price to high-price and have all the features you could want in a shallow water sonar unit.

Excellent mapping, sonar, and chart plotting are all featured with the ECHOMAP series. The only differences between many of the best fish finders are whether or not they are compatible with the panoptix or livescope transducers.

Some come with the livescope at a higher price while others feature the standard panoptix, so be sure to consider that when purchasing an ECHOMAP sonar unit, or simply purchase both transducers. That way, you can choose whatever one you want and switch out as needed.

The livescope transducer really shines in shallow water fishing situations. It does this by mapping a wide swath of area out from the boat and encompasses wide areas of shallow water away from you, allowing you to see pockets and channels in the weedbeds or roaming schools of fish on sand flats.

What is a Transducer on a Fish Finder?

Transducers are the modules that attach to the outside of the boat, below the waterline, or in some cases on the inside of the boat attached to the hull. These types of transducers can read through the hull and into the water column.

Transducers that are paired with units that offer side imaging need to be placed in a specific location near the rear motor; they need to be able to scan to both the starboard and port sides of the boat with no obstructions that would block that transducer from receiving the echo.

Maintaining and taking care of your transducer is very important. Be sure when mounting your transducer that it sits just above the bottom of the hull. This ensures that it will not drag on the bottom or hit rocks or branches in shallow water situations.

A fish finder with Down imaging is similar to the basic sonar most people are familiar with, but down imaging has a much more detailed and high definition return. Down imaging allows you to see individual fish in a school instead of just a blob and can even show underwater vegetation in such detail that you can tell what type of plant it is below you.

Side imaging is a newer type of sonar imaging that shows the user what is to the sides of the boat instead of straight below it.

Using side imaging allows for the easy mapping of spots when using waypoints on your GPS. you can find the exact edge of weed lines and map them, find rock bars, and completely view the structure and composition of shorelines, underwater pier posts, and even schools swimming across expansive flats.

Some brands on the market today offer other types of sonar imaging, like the Humminbird MEGA 360 and the Garmin Livescope. These give the angler a wide sweeping view around the boat, similar to side imaging, but with 360-degree capabilities in some cases.

These sonar types have a steeper learning curve and might take new users a little while to get a grasp on how to use them effectively.

There is no shortage of fish finders on the market to choose from. Be sure when you select a sonar unit that you do your due diligence and make sure it’s the best fish finder for your boat, kayak, or pontoon. It might take some time, but with time on the water with your new sonar unit, you will learn the best settings and configurations depending on your fishing situation.

I am Henry Hubbard Husband, Father, Grandfather, Fisherman "Many men go fishing all of their lives without knowing that it is not fish they are after." - Henry David Thoreau I know what I am after.Hopefully, I can help you find what you are after. Thanks for stopping by. 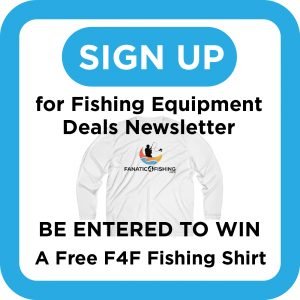 GET THE LATEST FISHING EQUIPMENT DEALS IN YOUR INBOX

SIGN UP TO ENTER OUR MONTHLY FISHING SHIRT GIVEAWAY
Plus, we will alert you whenever we publish new articles with reviews of some of the best fishing equipment.
We will never share your email address. 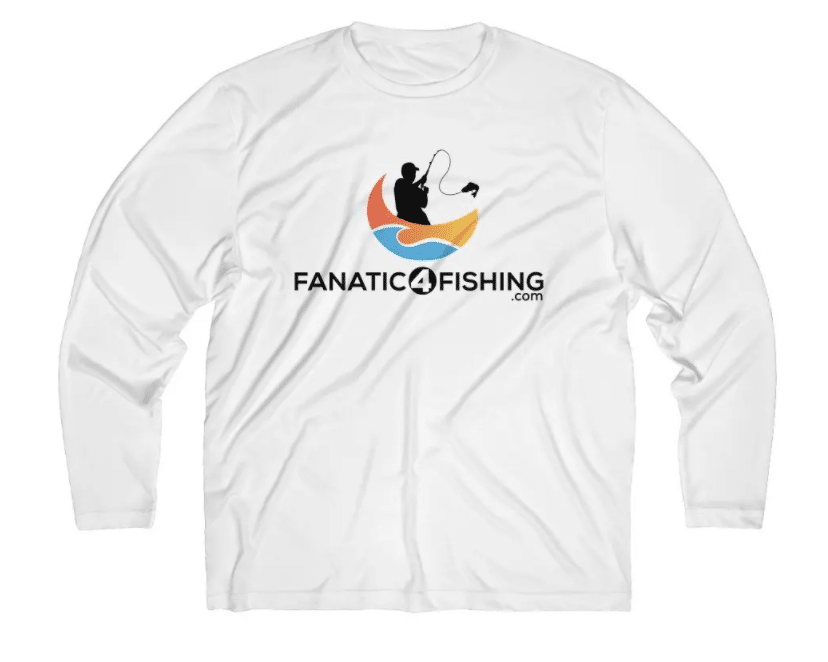